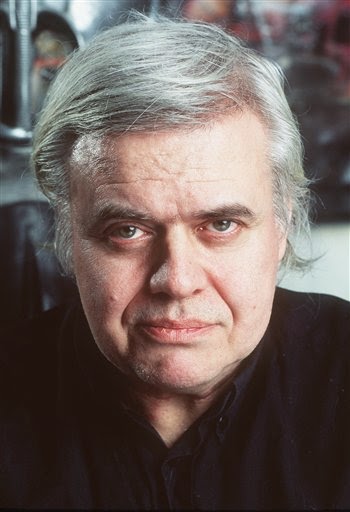 Very sad to report that Swiss artist H R Giger, who designed the creature for Ridley Scott's "Alien" has died.
Various news sources have said that Giger died in hospital on Monday, after accidentally falling down the stairs at his home in Zurich. He was 74 years old.
As well as creating the titular "Alien" for the 1979 film which starred Sigourney Weaver, he also designed the alien Sil for the movie "Species", starring Natasha Henstrige, in 1995.
He also provided the artwork for the theatrical poster of the 1985 low budget sci-fi/comedy "Future Kill" (AKA Night of the Alien). His work has also graced the album covers of such artists as  Emerson Lake and Palmer, Debbie Harry and Steve Stevens.
He is survived by his wife, Carmen Maria Scheifele Giger, who runs a museum, dedicated to his work, in Gruyeres, Switzerland .