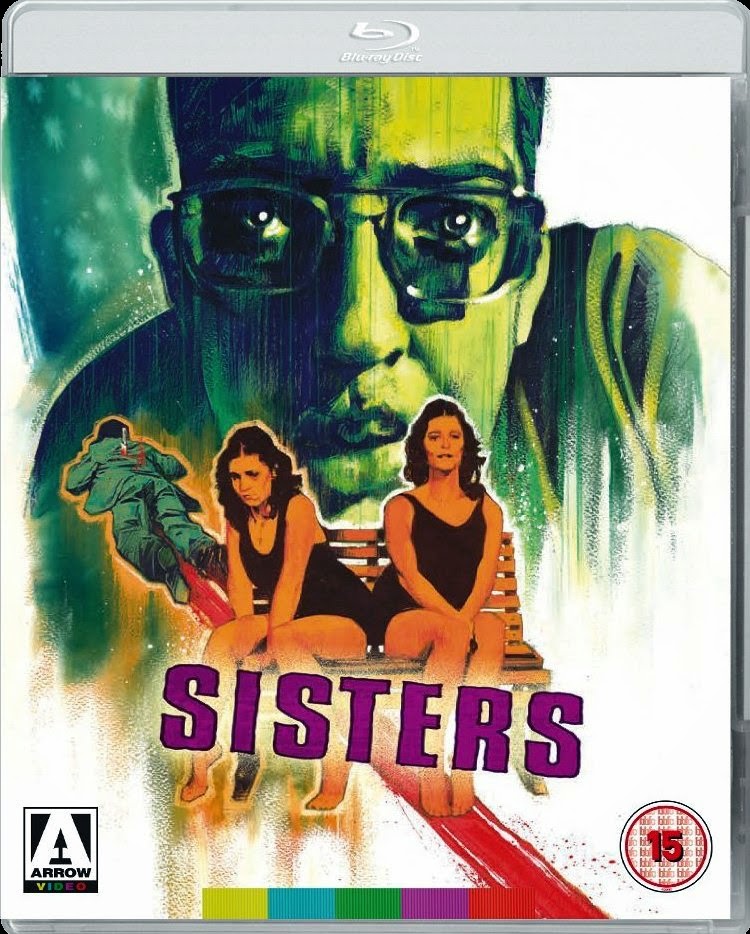 Brian DePalmas 1973 cult film “Sisters” (AKA Blood Sisters) is another one of the director’s earlier movies, which Arrow films have just added to their catalogue of special edition releases.
Set in , the film stars a pre-Superman Margot Kidder as Danielle Breton. Recently divorced, she meets a new love interest (played by Lisle Wilson of “The Incredible Melting Man” fame), who quickly deals with her stalking ex-husband, and they end up going back to her apartment for the evening.
However, it turns out that Danielle has a somewhat unbalanced sister, Dominique (Margot Kidder again in a dual role) and when he wakes the next morning, is brutally murdered by her.
The incident is witnessed by a woman living in the apartment across the road, journalist Grace Collier (Jennifer Salt, who’s probably best known these days as the producer of “American Horror Story”). But unfortunately, due to her somewhat inflammatory articles in the press about police brutality and corruption, the authorities don’t believe her.
When the police finally do check Dominique’s apartment, they find no trace of the body and suspect that Grace is trying to waste their time. But knowing what she saw was real, Grace begins to dig into Dominique’s private life, where she makes a shocking discovery about her "sister" and her supposed “ex” husband…
Also featuring Charles Durning (Dark Night of the Scarecrow) and DePalma regular William Finney (Phantom of Paradise) the film was heavily influenced by Alfred Hitchcock’s “Rear Window” and was DePalma’s first foray into the horror genre (not counting his earlier comedy “Murder à la Mod” of course).
Fans of DePalma’s other films will definitely want pick this one up as it’s been extensively restored and is undoubtedly the best it has ever looked on disc and comes packed with the usual slew of special features that we’ve come to expect from Arrow.
First up is the feature “What the Devil Hath Joined Togethor”, which is a 45 minute retrospective “making of” feature, presented by journalist Justin Humprheys.
Next there’s a series of all new interviews with Actress Jennifer Salt and crew members Louise Rose (co-writer), Paul Hirsch (Editor) and Jeffrey Hayes (unit manager) which each run about 10-15 mins long, in which they share various anecdotes about their time on set. Which also includes is an audio interview with the late William Finley, who plays Danielle’s ex in this.
The DePalma Digest, a 30 minute feature by critic and author Mike Sutton, which looks over the films of DePalmas lengthy career.
Also included is a promotional art gallery, showing the many posters used to promote the film and lastly there’s the original theatrical trailer.

The case also contains a collectors booklet, featuring linear notes on the film by author Kier-La Janisse and DePlama’s 1973 article about working with composer Bernard Hermann, which was first published in Variety magazine and the sleeve features reversible artwork. Giving you a choice of displaying the original poster art, or newly commissioned artwork by Graham Humphreys.
The film is released on a dual format DVD/BD combo pack.
If you haven’t see this film, or are a fan of DePalma’s other works, this release by Arrow comes highly recommended.
Buy the UK DVD/BD combo pack at Amazon.co.uk