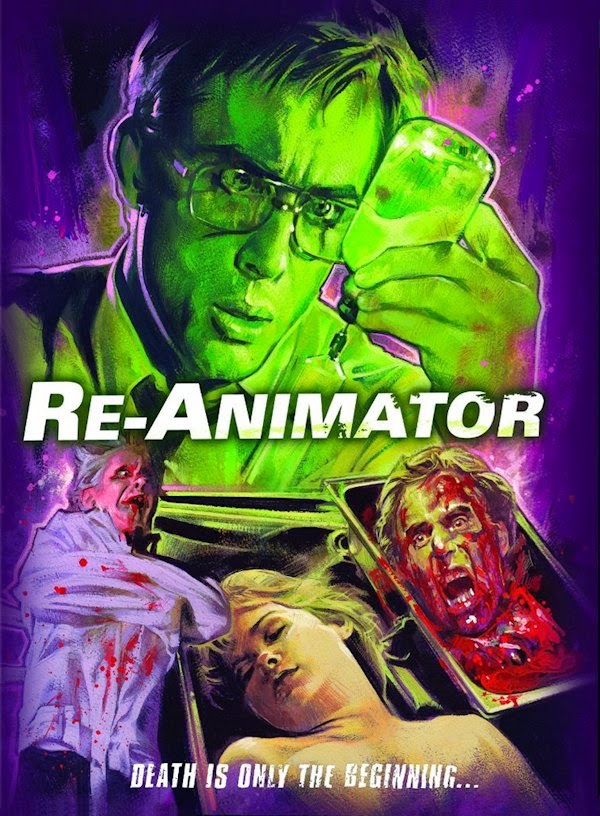 It gave 80s horror a gore-filled boot up the backside, proudly challenging others to match its level of blood and guts, and now Re-Animator is being brought back to life, this time in a stunning high definition Blu-ray thanks to Second Sight Films.

And as if that wasn't enough, this outrageous, game-changing horror directed by Stuart Gordon (From Beyond) and produced by Brian Yuzna (Society), comes complete with buckets of additional features and a stunning Steelbook edition. There's more gore than ever too - the double-disc Blu-ray contains not one but two versions of the gorefest that is Re-Animator, extended AND deleted scenes, as well as commentaries, a documentary, interviews and more...

Re-Animator will be released as a limited edition two-disc Blu-ray Steelbook and a two-disc DVD version on 2 June 2014, it will also be available to download on 19 May and via video on demand on 26 May.

Brilliant, if somewhat deranged, medical student Herbert West arrives at Miskatonic Medical School and immediately sneers at his professor’s outdated views on death. West has his own outlandish theories and has concocted a serum that will bring the dead back to life. Roping in fellow student Dan Cain their shocking experiments work all too well with horrific and very messy results.