TAKE BACK THE NIGHT - On Blu-ray 10th October 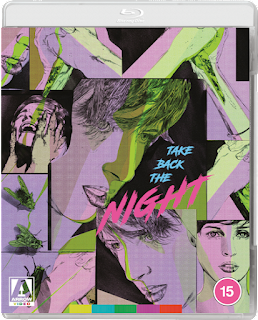 An allegorical story of violence against women and the dangers of victim-blaming wrapped in a classic monster movie, writer-director Gia Elliot takes no prisoners in her multi award-winning debut feature TAKE BACK THE NIGHT.

Finding herself the victim of a violent monster attack, Jane launches a vigilante campaign to hunt the beast that tried to kill her.

But her troubling history of drug use and mental illness bubbles to the surface, causing her family, community and the authorities to question her account.

Alone in her fight, Jane starts to doubt her own memory of the attack… and to wonder if the monster exists at all.

Fuelled by formidable female talent both in front of and behind the camera, TAKE BACK THE NIGHT.  is a terrifying suspense thriller that’s both an eye-opening exposé and a powerful rallying cry. 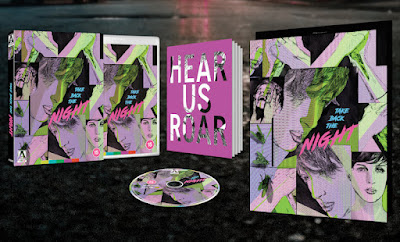 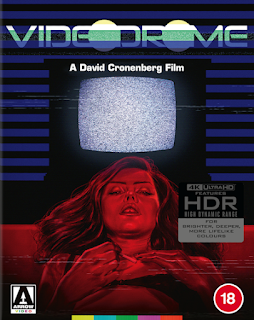 Combining the bio-horror elements of his earlier films whilst anticipating the technological themes of his later work, VIDEODROME exemplifies David Cronenberg’s extraordinary talent for making both visceral and cerebral cinema.

Max Renn (James Woods) is looking for fresh new content for his TV channel when he happens across some illegal S&M style broadcasts called “Videodrome”.

Embroiling his girlfriend Nick (Deborah Harry) in his search for the source, his journey begins to blur the lines between reality and fantasy as he works his way through sadomasochistic games, shady organisations and body transformations stunningly realised by Oscar-winning makeup effects artist Rick Baker.

Hailed by his contemporaries John Carpenter (“he’s better than all of us combined!”) and Martin Scorsese (“no one makes films like he does”) as a genius, VIDEODROME was Cronenberg’s most mature work to date and still stands as one of his greatest. 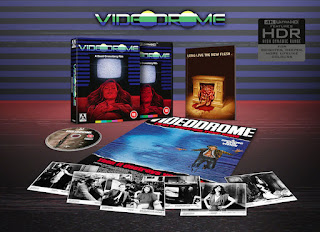 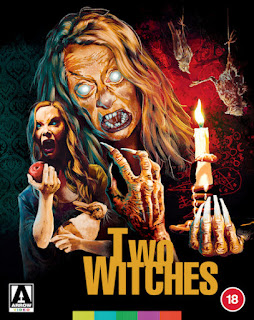 With its super-saturated colour palette, tenebrous art design and electrifying soundtrack, TWO WITCHES presents two truly terrifying conjoined tales of witchery, paranoia and terror that hark back to the gory thrills of classic Euro horrors such as Suspiria, Shock  and The Beyond.

Expectant young mother Sarah is convinced she has been given the evil eye from a mysterious blank-eyed old hag while she is dining with her bullish and insensitive partner Simon.

When the couple go to visit his new-agey friends Dustin and Melissa, dark forces are unleashed after an ill-advised attempt at consulting a Ouija board to allay her fears.

Meanwhile, tensions grow between grad school student Rachel and her new roommate Masha after a violent incident involving a man that the strange and impulsive young woman has brought home.

First-time feature director Pierre Tsigaridis, who also shot, edited and contributed to the film’s soundtrack, singles himself out as one to watch in a deft and unnerving depiction of unspeakable evil that truly delivers. 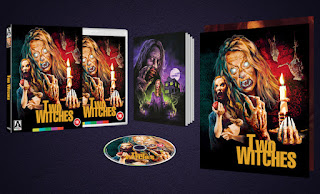 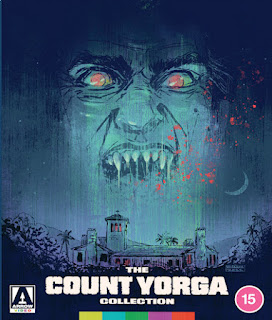 By the end of the 1960s the boom in Old World gothic horror had begun to wane in the face of present day terrors like the Vietnam war. In response, American filmmakers brought horror out of the past and into the present, and the classic movie monsters packed their bags and headed for the New World.

COUNT YORGA, VAMPIRE was among the first to successfully transpose the classic vampire, cloak and all, to a modern day setting as the Count - played unforgettably by Robert Quarry - arrives in the United States and settles in a Southern California mansion with his mysterious “brides”.

A drive-in favourite from the moment it was released, a sequel soon followed. THE RETURN OF COUNT YORGA ups the ante and sees the sardonic Count on the streets of San Francisco, his sights set on an orphanage as a potential source of sustenance.

Director Bob Kelljan (Scream Blacula Scream) delivers a one-two punch of classic cult cinema mixing chills, thrills, style, and suspense with a knowing wit that revels in the genre trappings. Presented in all new restorations by Arrow Films from new scans of the original camera negative, The Count Yorga Collection is a full blooded feast to die for! 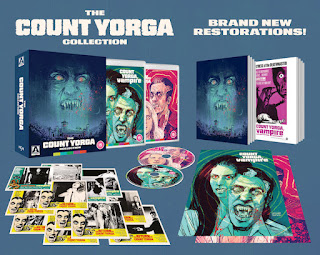 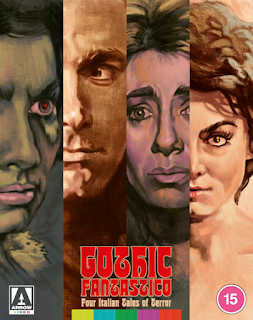 While groundbreaking director Mario Bava (Black Sunday, Black Sabbath) remains the most well-known purveyor of Italian Gothic horror, many other filmmakers tried their hand at the form throughout the 1960s as part of a hugely prolific and popular cycle.

GOTHIC FANTASTICO presents four off-the-beaten path titles from this classic period, all of which demonstrate Italy’s ability to expand genre beyond the classic literary monsters that dominated elsewhere.

Meanwhile, the perverse influence of Poe is used to great effect in Alberto De Martino’s THE BLANCHEVILLE MONSTER – a tale of family curses and madmen in the attic, as Emilie de Blancheville (Ombretta Colli - Gladiator of Rome) returns home to her brother Roderic (Gérard Tichy - Hatchet for the Honeymoon) and discovers her own family may be out for her blood.

Mino Guerrini’s THE THIRD EYE features not only a very early role for Italian cult film icon Franco Nero, but a plot that borrows several elements from Hitchcock, layered with a whiff of necrophilia.

Finally, Damiano Damiani’s THE WITCH takes a more avant-garde approach, when a young historian (Richard Johnson - Zombie Flesh Eaters) is lured to work for an ageing woman, only to be held captive when he becomes obsessed with her beautiful daughter (Rosanna Schiaffino - The Killer Reserved Nine Seats).

Madness, obsession and messed up families are the order of the day in these four lesser-known monochrome gems from Italy’s peak Gothic period, now fully restored in 2K from their original camera negatives for the first time and presented alongside an array of in-depth extras. 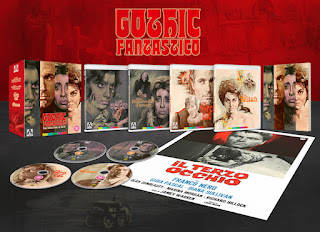