VIPCO VAULTS OF TERRORFEST 2023 is open for submissions! 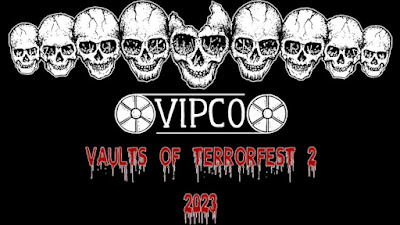 For VIPCO VAULTS OF TERRORFEST 2023 they are looking for short and feature length horror submissions to be showcased in the event.

New up and coming directors are welcome to show them what they’re made of and bring their terrifying visuals to the screens.

The festival will have a panel of judges featuring Horror Screams Video Vault Founder Peter ‘Witchfinder’ Hopkins, with others to be announced, reviewing your submissions, and not only will the winning short film have the option of being showcased on the official VIPCO Youtube channel, but the winning feature film will also have the option for a DVD & VOD release from VIPCO!

Awards will be given out for the following:

The festival has begun accepting submissions with entries being FREE up to the Regular Deadline of 30th September 2022 after this date there will be a small fee to pay to submit your film.

The event is scheduled to take place online on 25th February 2023.

For more details on the festival and how to submit your films go to: