Director Jason Wright got in touch to tell us about his new film MANNEQUIN, one of his most eerie films to date. Whilst Mannequin’s roots are firmly planted within the horror genre, it also embodies an element of an uneasy thriller, sure to give even the toughest crowd goosebumps.

This upcoming film was shot on a Mannequin farm with over 25,000 mannequins on it, so it definitely wasn’t for the faint hearted. Even during the day, the location was creepy, let alone when set for a horror shoot.

MANNEQUIN is a fresh take on the classic horror movie trope, where the car breaks down, there’s no signal and it’s safe to assume that something terrible is about to happen. This film brings a new way of looking at the classic horror whilst touching on an issue in everyday life. Whilst everyone strives for perfection the themes of this film show what can happen when it goes too far, in the most horrific way possible, of course.

MANNEQUIN is due to have a cast & crew premiere in October with some very special guests being invited.

Immediately following the premiere, the film is due to be released on Amazon Prime and discussions are under way to select distributors to take the film worldwide.

Synopsis
A group of six young models head off on a lucrative, well paid modelling gig in the countryside. It seems too good to be true though! As they are driving along a bleak country road their car breaks down. With no phone signal and no houses in sight the girls split up and three of them leave to try and find help. Upon their return they discover their friends are missing, except for a shoe and a trail of blood. Has something or someone taken them? Will they find their missing friends alive?

INDIEGOGO CAMPAIGN
We are also still running a campaign to offer the chance to get some last minute perks including VIP tickets to the premiere which the Director has planned something out of this world. So, check out the campaign via the link below.
https://igg.me/at/MANNEQUINFILM/x/566020#/ 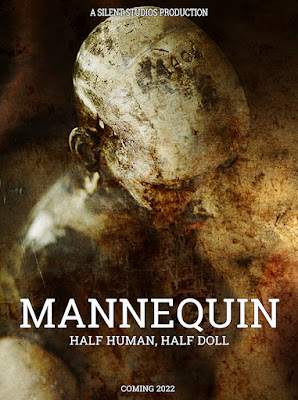