Amityville Horror, Xtro and The Changeling on Blu-ray this October

With Halloween around the corner, and following the huge success of their limited edition debuts earlier this year, Second Sight is releasing a trio of horror classics on standard edition Blu-ray formats just in time for the witching season.

The chilling horrors on offer take in everything from supernatural possessions and spooky goings on in haunted houses to evil aliens, from chills and unseen terror to out and out gore and exploitation. The terror trio are The Amityville Horror, The Changeling and homegrown horror and video nasty classic Xtro. 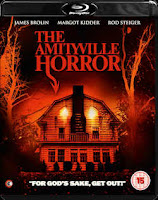 It’s one of the all-time horror greats, having spawned numerous sequels, spin-offs and inspiring numerous haunted house copycats – and now The Amityville Horror arrives on standard edition courtesy of Second Sight on 15 October 2018.

When George and Kathy Lutz and their children move to Amityville Long Island they believe they have found the perfect family home.

But the house has a shocking history and within its walls a demonic presence lies in wait that will turn the Lutz’s lives into a living nightmare. 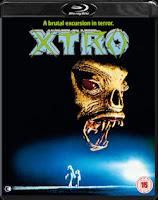 Part E.T., part Alien, British horror classic Xtro is one of the strangest, most shocking exploitation flicks to land on earth during the video nasty heyday.

An alien abductee returns home several years after his dissapearance, but not quite how his ex-wife remembers him.

Murder and mayhem quickly ensue as people turn up mutilated, or are killed off by his strange telekinteic powers.

Loved by horror fans, reviled by highbrow critics on its original release and one of the most notorious homegrown films of its time, the demand continues for this British cult horror film - and now the arrival of Xtro: Standard Edition gets set to land on 22 October 2018. 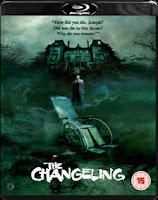 Cited as a huge influence by renowned film-makers including Martin Scorsese and Alejandro Amenabar and lauded by horror aficionados and audiences alike, The Changeling is one of the most chilling horrors of all time. Now, following the success of the Blu-ray edition earlier this year, it arrives in a new standard editioN on 29 October 2018.

After the tragic death of his wife and daughter in a car crash, composer John Russell leaves the city and retires to an old mansion in the hope of rebuilding his life. The peace and quiet he craves is soon disturbed however. Unexplained noises are just the beginning.

Convinced there is a supernatural presence in the house he enlists the help a local historian. What they uncover is more shocking than he could ever have imagined.
One of the most highly acclaimed horror films of all time The Changeling will chill you to the bone.