In October of 1984, James Cameron's The Terminator starring Arnold Schwarzenegger took the world by storm, and cinema hasn't been the same since. Fright-Rags is celebrating the 30th anniversary of the landmark sci-fi/action film with a collection of officially-licensed shirts and more. 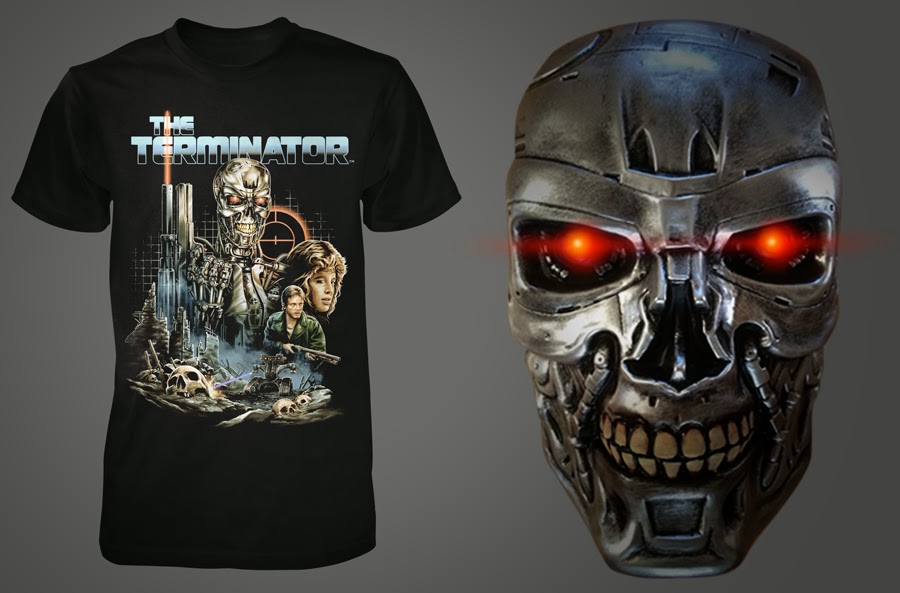 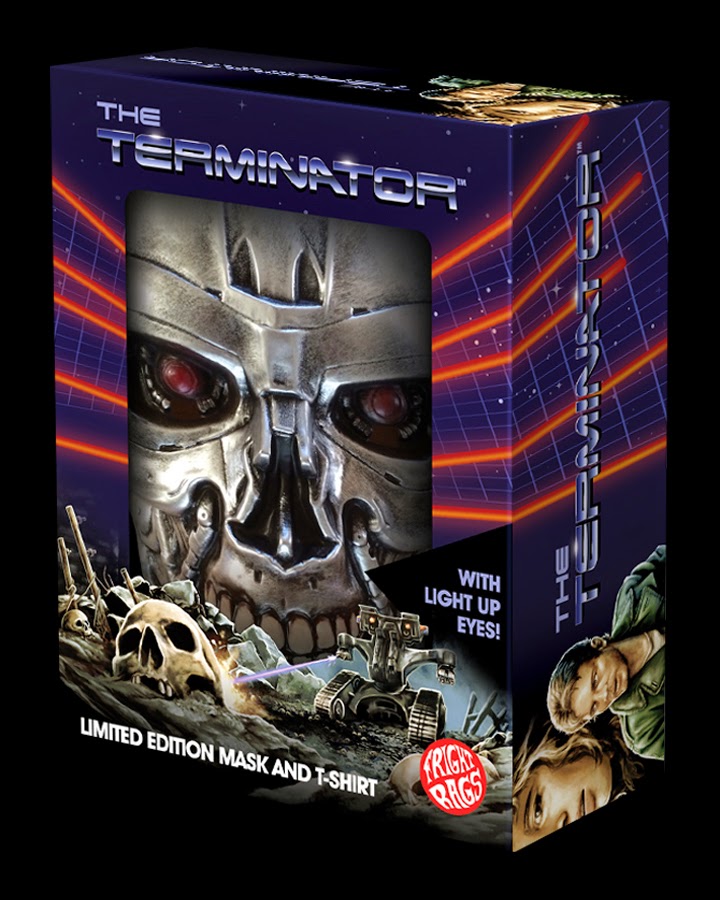 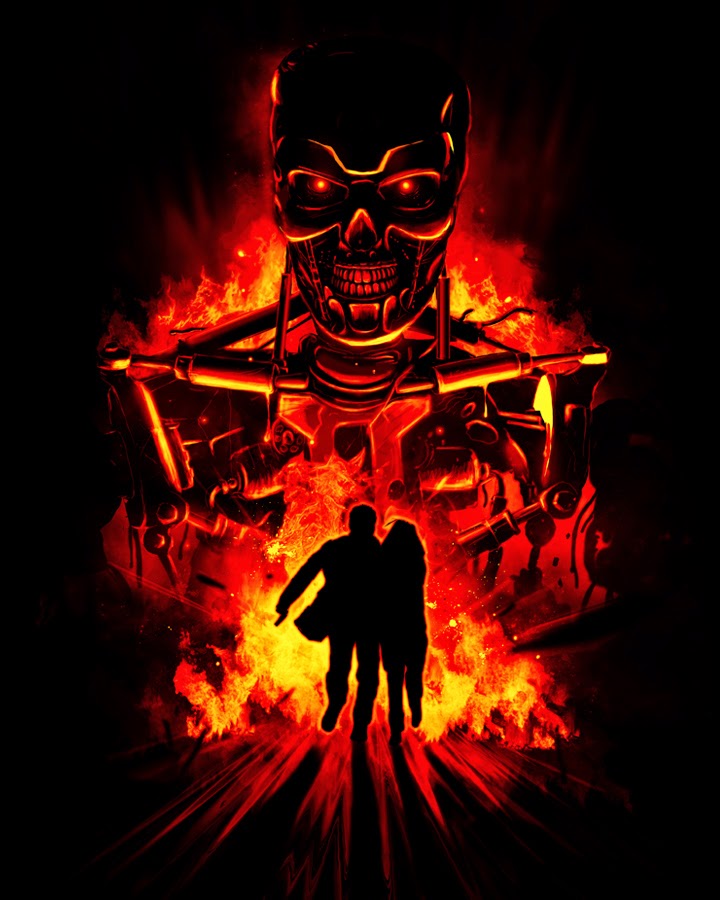 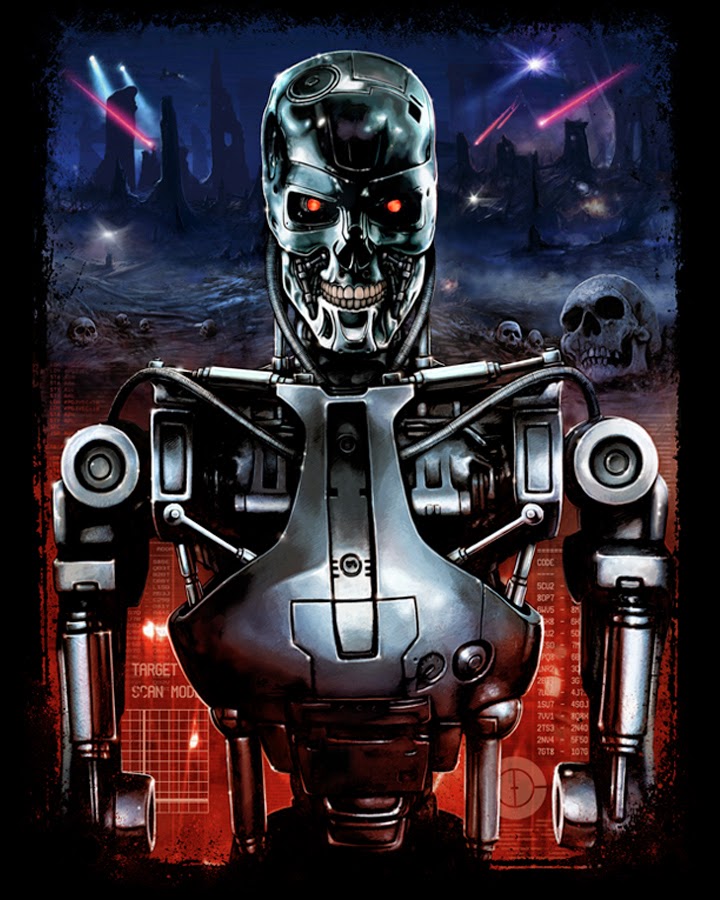 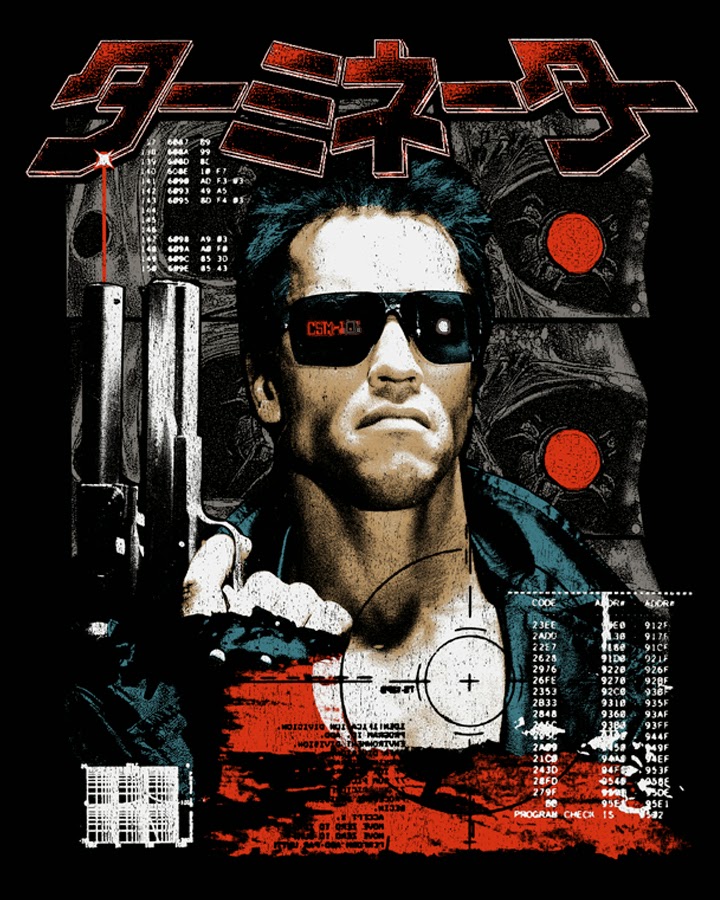 Fright-Rags' The Terminator limited edition box set is perhaps the company's most impressive effort to date. The pièce de résistance is a Ben Cooper-style T-800 Endoskeleton vacuform mask with light-up eyes. The set also includes an exclusive shirt designed by Justin Osbourn. Both items come packaged in a collector's box with window. This box set is strictly limited to 1,000 pieces.
Outside of the box set, there are three more The Terminator shirts up for grabs. Francis Minoza's explosive, two-sided design is limited to 300 and available on unisex shirts, girls shirts or hoodies. Christopher Lovell's take on the T-800 can be purchased as unisex or girls. Kyle Crawford's Japanese-inspired print comes on unisex, girls and baseball tees.
Pre-orders are live, and the limited edition items will be terminated once they sell out. Orders are expected to ship in early December for arrival in time for the holidays.
Go to Fright-Rags.com if you want to live.
Posted by Dark Angel at 18:02