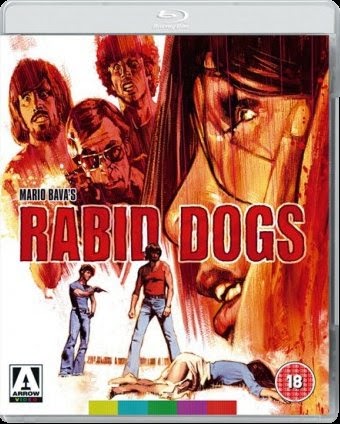 Arrow Video is thrilled to announce the UK Blu-ray and DVD release of Mario Bava’s Rabid Dogs, which arrives in the UK on 27th October.
This new deluxe release will include both "Rabid Dogs", Bava’s original version posthumously completed from his notes and "Kidnapped", the re-edited, re-dubbed and re-scored version, supervised by Bava’s son and assistant director Lamberto Bava, and producer Alfredo Leone
Following difficulties in his career Mario Bava happened across an idea that would enable him to compete with the younger directors lighting up the Italian box office such as Dario Argento and Sergio Martino.
Rabid Dogs begins as $70,000 of wages are being transferred when the Ajaccio gang hit. With a hail of bullets in a quick raid they speed off in their waiting getaway car. Tough, violent and realistic, Bava’s film ramps up the tension and doesn’t stop as hostages are added and the film builds to its dizzying finale.
Unfolding in real time, a rare device seen only in earlier films such as High Noon and 12 Angry Men yet totally unheard of in Italian cinema at the time, Rabid Dogs is a singular film in Bava’s filmography and one of the greatest crime films of the period.