New 'Arrow' releases for this October

Arrow films have just announced their October line up of horror Blu-Rays, being released in time for Halloween 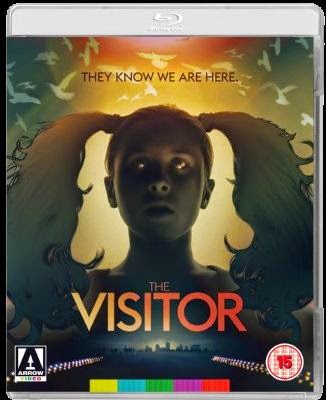 First off is Giulio Paradisi's "The Visitor". The ultimate excursion into B-movie madness, this 1979 cinematic oddity from schlock producer extraordinaire Ovidio G. Assonitis, director of such deliciously guilty pleasures as Beyond the Door and Tentacles, brings together an extraordinary ensemble cast in a mind-bending tale of a girl and her pet hawk.

At first glance, Katy Collins is just like any other normal 8-year-old girl – but appearances can dangerously deceptive. As it turns out, Katy is the Earthly incarnation of an ancient evil by the name of Sateen – an intergalactic supernatural entity who was vanquished many light years ago. Katy possesses tremendous powers making her capable of great destruction – powers which some are keen to eradicate, and some to harness… 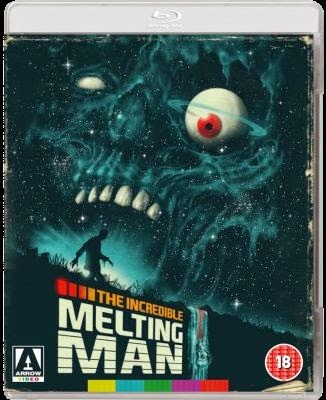 Next up is "The Incredible Melting Man", featuring the work of special effects legend Rick Baker.

When spacecraft Scorpio V returns to Earth following a mission to Saturn, two of the crew are dead and the third, astronaut Steve West, is in a critical condition. Critical, that is, until he rises from his hospital bed to bite chunks out of a nurse before escaping into the surrounding countryside. The authorities set about trying to track Steve down before he claims any other victims, but they don’t know the really bad news yet -  Steve is also highly radioactive!

The Incredible Melting Man offers up a wealth of show-stopping B-movie moments in its relatively modest running time – chief among them, the scene in which a disembodied head floats down a river only to smash messily on the rocks further downstream – but the real star of the show here is Baker’s ultra-icky special effects work which let you see the Melting Man’s transition in all its gooey, glistening glory.


The film is also released in a BD/DVD combo pack. Extras include 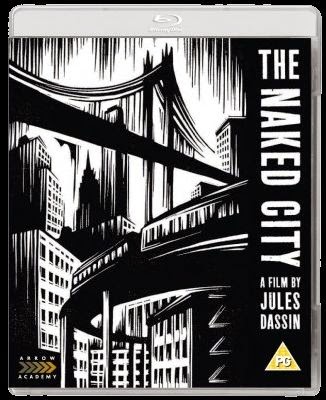 Lastly there's "Naked City".  Set in New York, in the middle of summer. A blonde ex-model is murdered in her bathtub and detectives Muldoon (Barry Fitzgerald) and Halloran (Don Taylor) are assigned to the case. Their investigation will lead them through the entire city, from Park Avenue to the Lower East Side, culminating in a thrilling climax atop the Williamsburg Bridge.

Inspired by the work of the infamous tabloid photographer Weegee, The Naked City was the first major Hollywood production to be shot entirely on the streets of New York, making use of more than a hundred authentic locations. Both its editing and its cinematographer would earn Academy Awards, while the film itself would be recognised by the Library of Congress as one of American cinema’s most significant motion pictures.
As with the other films, this is a BD/DVD combo pack release. Extras include...
• New high definition digital transfer of the film
• High Definition Blu-ray (1080p) and Standard Definition DVD presentation
• Original mono 1.0 audio (uncompressed PCM on the Blu-ray)
• Optional English subtitles for the deaf and hearing impaired
• Audio commentary by screenwriter Malvin Wald
• Jules Dassin at LACMA – a 40-minute interview with Bruce Goldstein in which the director discusses his career
• The Hollywood Ten – a 1950 documentary short on the ten filmmakers blacklisted from Hollywood for their refusal to name names before the House of Un-American Activities, including The Naked City’s screenwriter, Albert Maltz
• Gallery of production stills by infamous photojournalist Weegee
• Theatrical trailer
• Reversible sleeve featuring the original poster and newly commissioned artwork by Vladimir Zimakov
• Collector’s booklet containing new writing on the film by Alastair Philips, Barry Salt and Sergio Angelini, illustrated with original production stills.
Pre-order "The Visitor" BD/DVD from Amazon.co.uk
Pre-order "The Incredible Melting Man" from Amazon.co.uk
Pre-Order "The Naked City" from Amazon.co.uk
﻿
Posted by Dark Angel at 20:00