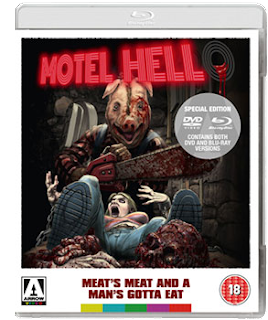 After a fantastic 2012 and a strong start to the new year, Arrow Video have today unveiled their home entertainment slate for the forthcoming second quarter of 2013.
Arrow Video will be giving hidden classics their UK debuts, as well as breathing new life into cult masterpieces by restoring them especially for Blu-ray, and they will unearth more extras, deleted scenes, special features, exclusive content and collector’s items than ever before!
Containing some of their most exciting releases and biggest-ever restoration projects, their next slate features a hugely diverse selection of titles from a variety of different genres