The Film Four FrightFest returns to the Empire Cinema Leicester Square in London this August Bank Holiday and have just unveiled what is arguably their most ambitious line-up in history. 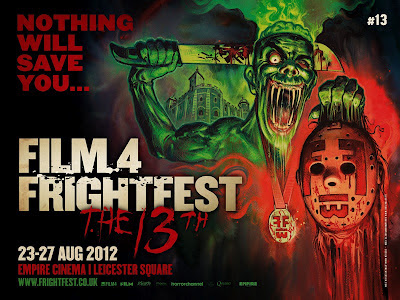 From the sensational SINISTER starring Ethan Hawke, the Sam Raimi produced THE POSSESSION and Jennifer Chambers Lynch’s jaw-dropping CHAINED, to the MANIAC remake, the surgical underground of AMERICAN MARY and the V/H/S anthology everyone is talking about.

The opening film will be Paul Hyett’s stunning shocker THE SEASONING HOUSE. However, there are many, many more films being shown over this unique 5-day event.

For more info, and the full line up, visit the FrightFest website at http://www.frightfest.co.uk

*EDIT* Clive Barker's approved directors cut of "Nightbreed" is apparently going to be shown here on the 24th.