May I Kill U - New Images

Latest production stills from the set of Stuart Urban's new Horror-Comedy "May I Kill U". 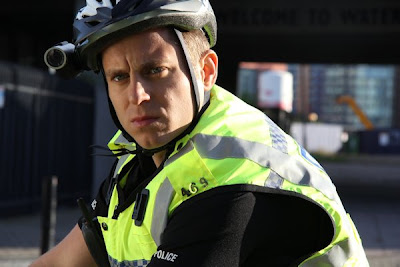 Kevin Bishop as Baz, a cycling vigilante cop who has his own way of dealing with London’s ‘scum’ 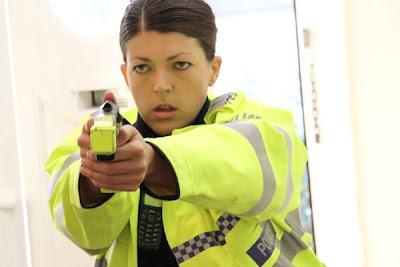 Hayley-Marie Axe plays Val, a 'kick-ass' cycling cop with a crush on Baz. 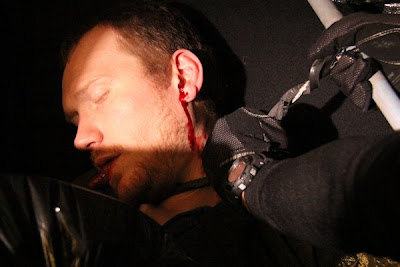 A series of back street murders start appearing on the internet 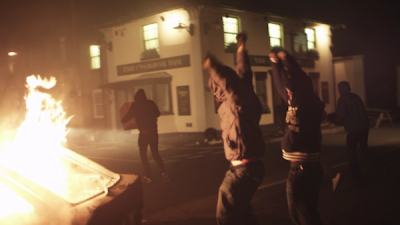 The film is set against the backdrop of the recent London riots – which were re-created in the suburbs of Wimbledon.
Synopsis: Set against the backdrop of the recent riots in London, Kevin Bishop plays a policeman with his own ‘riotous’ thoughts. With a helmet cam for company, he pedals forth in search of fame and retribution - with hilarious and devastating consequences.
The film also stars Hayley-Marie Axe, Frances Barber, Jack Doolan and Rosemary Leach.  It is produced by Stuart Urban & Alan Jay and co-produced by Rosa Russo. Director of photography is Fernando Ruiz.
Posted by Dark Angel at 23:05

Email ThisBlogThis!Share to TwitterShare to FacebookShare to Pinterest
Labels: May I Kill U Kevin Bishop Hayley Marie Axe