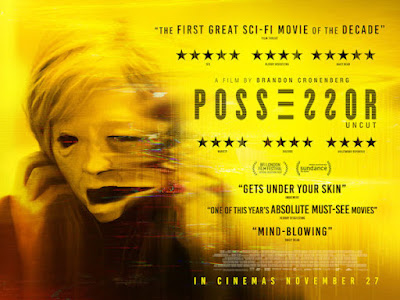 Using brain-implant technology, Vos takes control of other people’s bodies to execute high profile targets. As she sinks deeper into her latest assignment Vos becomes trapped inside a mind that threatens to obliterate her.

POSSESSOR is released to UK cinemas November 27 from Signature Entertainment.