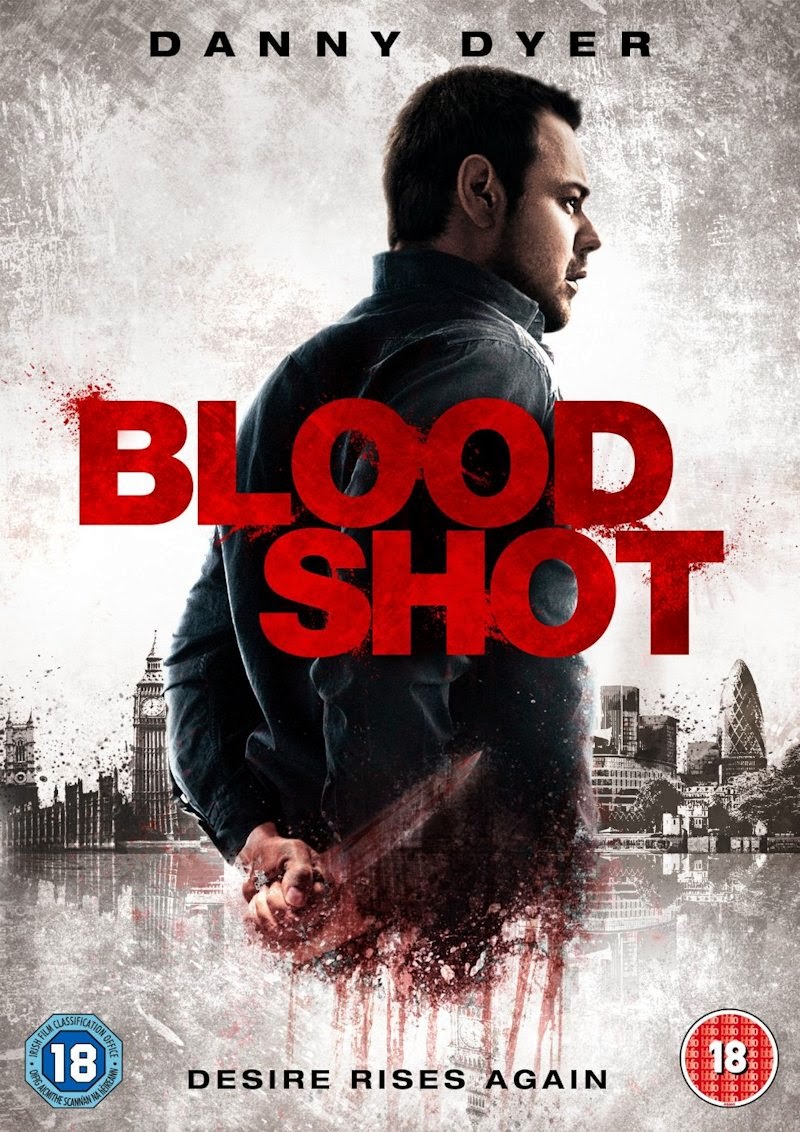 I was recently sent a review copy of the film "Blood Shot" starring Danny Dyer to review, which I was lead to believe was some sort of horror/thriller. However, as the film got going, it seemed this was something else entirely and proved to be an exceptionally strange film indeed!
Danny Dyer plays a special effects make up artist named Philip, who stumbles across a homeless girl (Zoe Grisedale - The Thompsons), who appears to be in a state of severe confusion and unsure of who, or where she is.
Doing what any decent gentleman would do, he takes her back to his place and agrees to put her up until she can sort herself out. But, there's something very strange about her.
She says she came over from America (despite sounding decidedly English), yet can't remember from where exactly. She can't remember her credit card's pin number, yet she can remember the telephone number of someone in America she calls "master". Plus she also has surgical scars mixed with, what appears to be, self-harming marks, all over her body.
Trying to uncover who she is proves to be exceptionally difficult and its unclear if she is just some lunatic, or if she's been the victim of some traumatic abusive ordeal. But the more time he spends with her, the more he becomes strangely attracted to her.
Not really a horror movie, if anything it was like a TV drama and is a very, VERY strange film. In which you're never quite sure what the deal is with this girl or what Danny Dyer's character finds so alluring about her, given she's a total nutter.
There is a slight horror element to the story, with Dyers character being a horror movie special effects expert, who's workshop looks like a scene from Texas Chainsaw Massacre. But this really was superfluous to the plot and seemed like they didn't know how to market the film, so added this sub plot so they could market it as a horror. Indeed, there's also a very bizarre "Nightmare" scene in the film, which really had nothing to do with anything, and looked like it had been "tacked on".
There's also an attempt at black humour, in the form of Keith Allen (yes, that's Lily's dad, and if you're old enough to remember, used to be in those "Comic Strip Presents.." series), who plays a psychologist friend who happens to be bedding a number of his patients, which seemed completely out of place with the rest of the film.
To summarise, if you're looking for an offbeat drama about finding love in the strangest of places, or you're just a fan of Danny Dyer, you'll probably enjoy this. But if you're expecting a horror picture, you'll probably wonder what on earth you're watching.

The disc was bare bones, without any special features on, aside for some trailers for other titles from Signature entertainment.

The film is released to UK DVD Dec 26th.