Second Sight films are delighted to announce their specially commissioned new artwork for "The Texas Chain Saw Massacre". Created by Doaly for the 40th anniversary release of the stunning newly restored edition on UK Blu-ray. 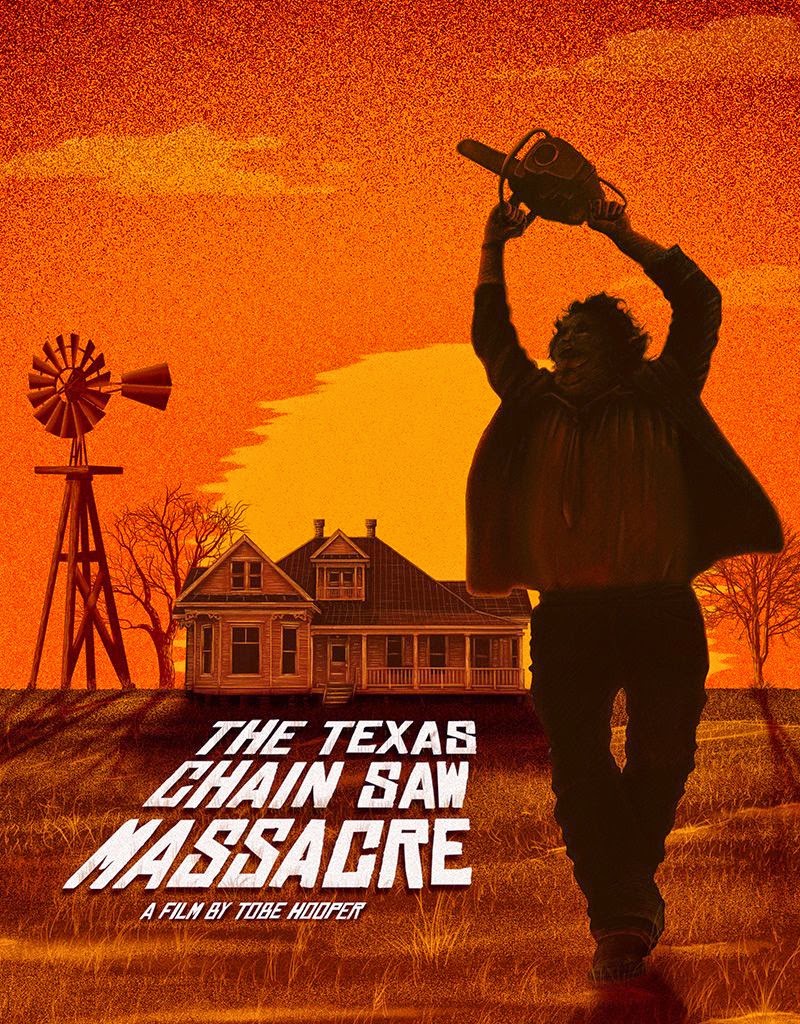 The film not only changed the face of horror in 1974 but still remains one of the most shocking, powerful and terrifying films ever made.
It will be released as a two-disc limited edition Steelbook Blu-ray, stacked with brand new bonus features and a standard two-disc Blu-ray on 17 November 2014.
Full details to follow soon.
Pre-order the BD steelbook from Amazon.co.uk
Posted by Dark Angel at 17:58