"Cold in July" in October! 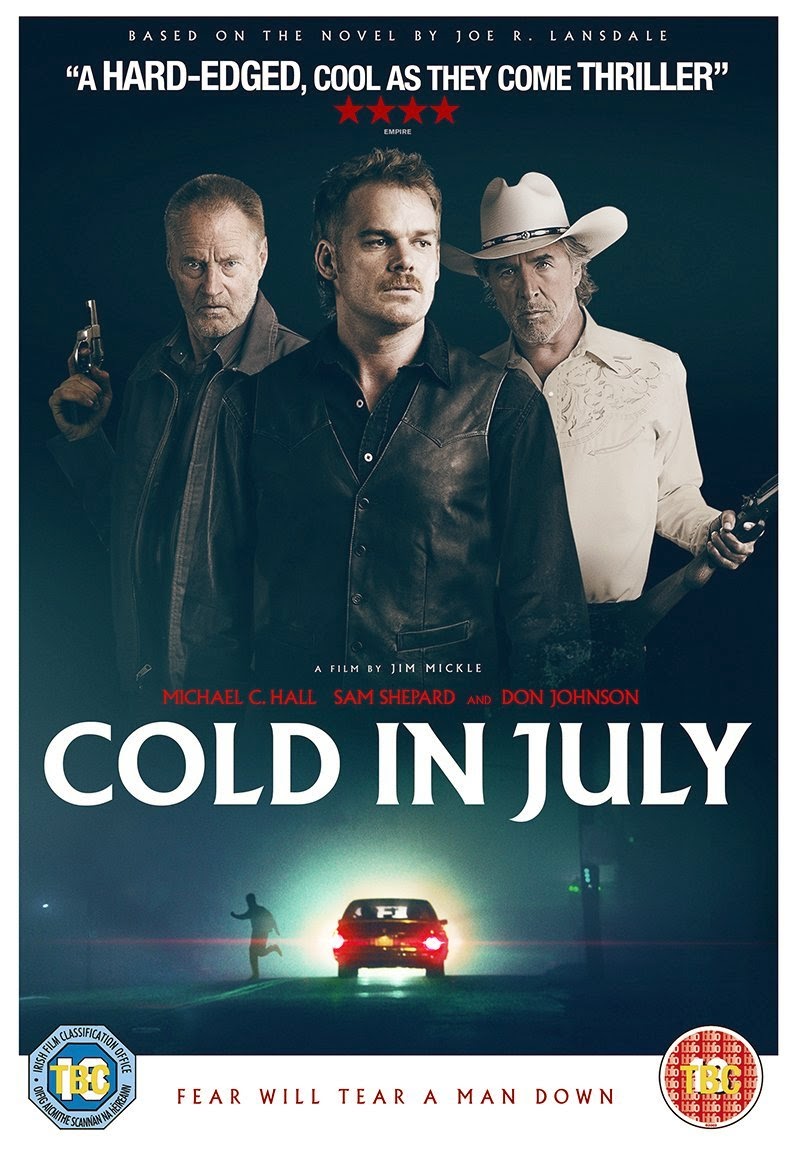 Icon Film Distribution is pleased to announce the UK release of Jim Mickle’s gripping noir thriller COLD IN JULY – available on DVD, Blu-ray and On Demand from 20 October 2014.
Set in Texas in the late 1980s, COLD IN JULY features a distinguished cast including Don Johnson, Sam Shepard, and Michael C. Hall in his breakout film role.

How can a split-second decision change your life? While investigating noises in his house one balmy Texas night in 1989, Richard Dane puts a bullet in the brain of low-life burglar Freddy Russell. Although he’s hailed as a small-town hero, Dane soon finds himself fearing for his family’s safety when Freddy’s ex-con father, Ben, rolls into town, hell-bent on revenge.

Michael C. Hall brings a shell-shocked vulnerability to his portrayal of Dane that contrasts perfectly with the grizzled badasses portrayed by Sam Shepard and Don Johnson. Directed with an excellent eye for the visual poetry of noir, this pulpy, southern-fried mystery is a throwback to an older breed of action film, one where every punch and shotgun blast opens up both physical and spiritual wounds.

Twists and turns accelerate as the film reaches its inevitable destination: a gore-soaked dead end. COLD IN JULY is as muggy, oppressive, and hard to shake as an east Texas summer.
Extras on the discs include, 8 Deleted scenes and an Audio Commentary track with Writer/Director Jim Mickle, Star Michael C.Hall and Writer/Actor Nick Damici.
Pre-order the UK DVD from Amazon.co.uk
Pre-order the UK BD from Amazon.co.uk