Death Walks to begin filming in East London this July. 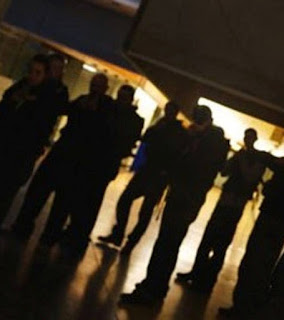 A Romford based film project has begun to develop some incredible momentum within just days of announcing filming is about to proceed.
Death Walks… is a psychological horror movie which takes the zombie invasion approach and turns it on its head. Director Spencer Hawken says “Anyone expecting to see flesh eating creatures screaming Brains! Is in for a rude awakening, we are spinning the idea of the conventional zombie movie on its head, and we think it makes the story all the more terrifying.”
Spencer’s first coup was securing the illustrious Mercury Mall in Romford as a filming location. Centre Manager Sarah de Courcy Rolls said “People still talk to me frequently about adverts that have been shot in the centre, to have film shot here will be amazing.” While Sarah is on maternity leave Colin Bell is managing the centre and he is equally as excited “I’ve managed centres that have been the shooting location for movies in the past, and it’s a tremendous boost for the community.”
With a cast and crew of 250 already in place Stages – Performers Academy have now joined the project, supplying some additional talent, and organising casting for the feature. Stages Studio Manager Martine Doolan said “We are thrilled to be part of this project, showing the world that Romford has a phenomenal amount of talent in it.”
Marcus Uthup, Director Of Photography states “The movie has some revolutionary ideas, it’s story twists and turns are mind-blowing. And to get all this support is phenomenal, we have the makings of a blockbuster on our hands, thanks to everyone giving their time on the project.”
Death Walks… Is a movie with a difference, there is no budget, people are literally supporting the project out of the goodness of their heart, and for their passionate support of the community, and the opportunity this project will create for local talent, and the independent film community.
Since revealing the project to the community local filmmaker Frazer Loveman from Love One Productions has also given his support. While a number of shops within the centre and the staff that work in them are volunteering their time, and locations to help in the shoot.
Musical talent has now been offered from Reading electro-pop outfit The Polysonic, led by Tom Wolfe a protégée of the late Martin Rushent who produced The Buzzcocks, Human League and The Stranglers.
Death Walks… Is shooting during July, to allow the movie plenty of time in post-production before going onto the festival circuit in 2014. The makers are already in talks with Romford’s Premier Cinema to host the World Premier.
The movies producers are still looking for people eager to get involved.