Seasonal shocks aplenty on the Horror Channel in December

Wayward werewolves, genetic mutants, a female Frankenstein, man-eating spiders and the return of The Creeper…Horror Channel provides plenty of seasonal shocks in December, including the UK TV premiere for Tyler MacIntyre’s incandescent comic horror PATCHWORK, a modern spin on Mary Shelley mythology, mixed with fun gore and a cheeky tone. It received rapturous applause when first screened in the UK at FrightFest Glasgow 2016 and will delight fans of classic 1980’s scream fests. 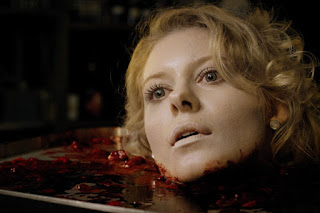 Three young women out partying wake up in a strange laboratory to find themselves sewn together to form one body. Making matters worse, bitchy professional Jennifer, ditzy airhead Ellie and weirdo Madeleine share a collective consciousness as well as body control. Barely able to keep it together, the women co-operate long enough to make an escape. But unable to come to terms with their new multi-persona, the women shift their focus towards tracking down the mad scientist responsible for their mutilation while also making peace with their former hang-ups. Can they put aside their differences long enough to exact the proper revenge? 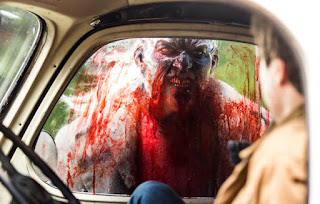 Set between the first and second films, Sgt Davis Tubbs (Brandon Smith) assembles a task force to destroy the Creeper once and for all while growing closer than ever before to learning the secrets of its dark origins, as the monster terrorises a local farming community. Also starring Stan Shaw and Gabrielle Haugh. 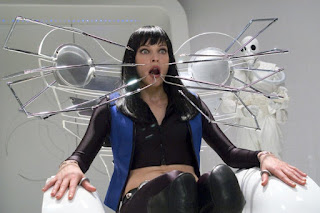 In the late 21st century, a subculture of humans has been infected with a genetic mutation causing enhanced speed, incredible stamina and acute intelligence. As more people are infected, the government sets out to destroy them, but one woman stands in the way: ultra-beautiful, ultra-lethal Violet (Milla Jovovich). With eye-popping martial arts skills and chameleon-like abilities, Violet becomes a rogue warrior bent on protecting her new race and seeking revenge on those who created it. 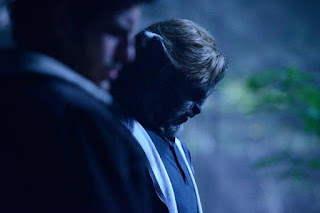 One night high school Cayden awakes to find his parents brutally murdered and his body drastically changing. He is horrified to realise that he is turning into a wild, savage wolf. Determined to find out what is happening to him, his quest leads him to a strange, isolated town, where two clans of wolves are on the brink of war. When Cayden falls for Angelina, the beautiful, young mate promised to the head of the clan, a battle to the death is inevitable.

When a routine mine inspection goes horribly wrong, Lori Pratt suddenly finds herself in the middle of a massive volcanic eruption.   With the help of her scientist husband, the couple must figure out how to slow down the deadly inferno before it destroys everything in its path--including their family and the world as they know it.

A corrupt business owner creates acid rain in order to increase the value of the shares he owns in a disaster relief business; but his plan is discovered by his one of his own scientists, whose children and friends are caught by the rain while staying at a cabin. Both the scientist and the others work to neutralize the acid rain while trying to bring down the businessman.

Fifteen-year-old math genius Riley has just developed a ground-breaking new way to accurately predict deadly solar flares.  He soon discovers the earth has only 18 hours to prepare for a solar flare powerful enough to cause a global electrical meltdown.  What he doesn't know is that a rogue corporation stands to win big if disaster strikes and modern civilization grinds to a halt.  Now with the help of his single mother and a tough-minded professor, Riley must face down danger to convince the world to prepare before it's too late. Hired by corporation CEO Mason (Kelsey Grammar), a team of scientists must work together in a desert region of China to recover a missing colleague. In their quest to rescue him they find themselves underground battling ancient, terrifying Chinese magic and making their way through a swarm of deadly, flesh-eating spiders – only to uncover the secret behind the insects’ power and intelligence.