OK, this has got to be one of THE weirdest promotions for the release of a horror film that I've ever seen.

To promote the release of "The Helpers", which hits UK DVD Jan 21st from Koch Media, they teamed up with Miss Cakehead to create edible horror scenes from the film.

The event took place on January the 17th at an address in Bethnal Green Road London and consisted of cakes that looked like severed heads, severed hands made of marzipan and batteries made from Gingerbread.

The food was free to everyone attending the press event, IF they could stomach it.
Pics from the event are as follows... 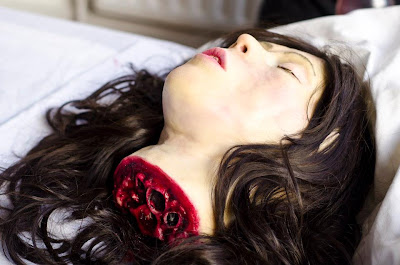 Yes this is a cake, its Lemon Drizzle flavoured apparently. 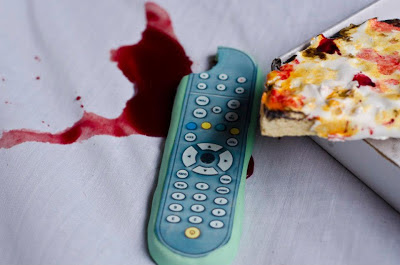 This bloodied remote control and half eaten Pizza were actually cookies. 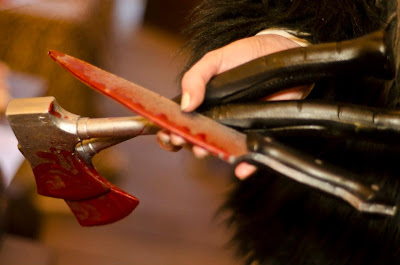 These realistic weapons were actually made of chocolate 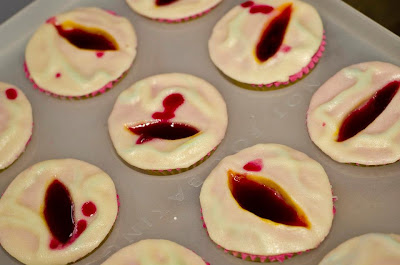 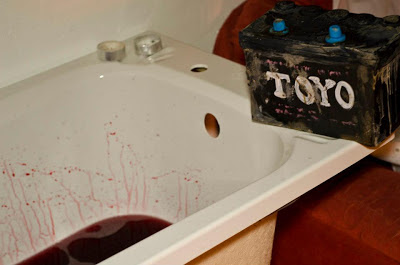 The bloody bath was some sort of cocktail mixture, the battery was made of Gingerbread. 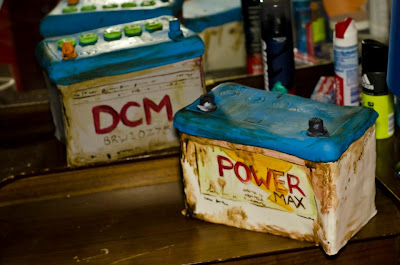 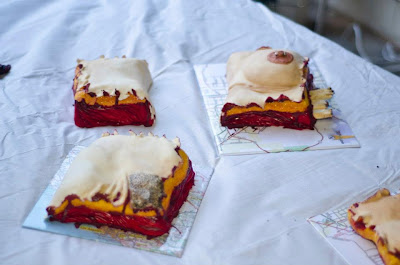 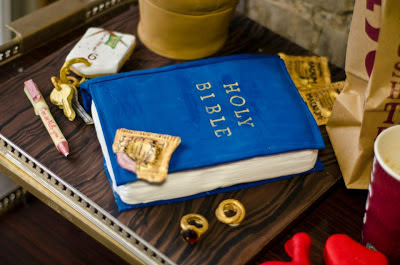 No redneck motel would be complete without a bedside bible, this entire bedside table is made from cake and biscuits. 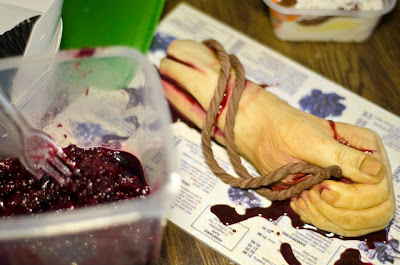 Buy the Helpers on DVD at Amazon.co.uk