Demons, devils and the occult… Horror Channel gets possessed in November

Saturday nights in November belong to the vice-like grip of POSSESSED SEASON on Horror Channel, with Channel premieres for EXORCIST: THE BEGINNING, the prequel to The Exorcist, starring Stellan Skarsgård as Father Merrin, the demon-beleaguered priest, and THE EXORCIST III, written and directed by William Peter Blatty. There is also a UK TV premiere for Chad Archibald’s chilling occult fantasy THE HERETICS, and Scott Derrickson’s supernatural chiller DELIVER US FROM EVIL completes the devilish line-up. 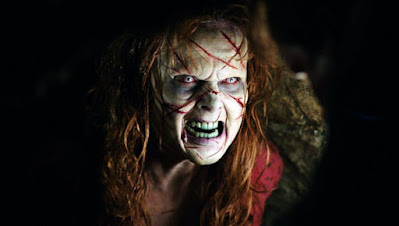 Having abandoned his faith, Father Merrin joins an archaeological excavation in Kenya, where an ancient church has been unearthed - and beneath it, something much older waits to be awoken. As madness descends upon the villagers, he watches helplessly as the blood of innocents flows. But, the horror has only just begun and in the place where Evil was born, Merrin will finally see its true face. 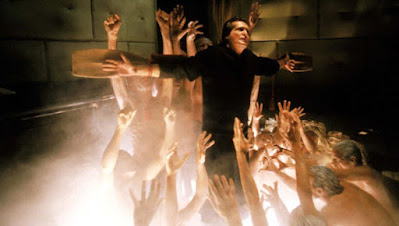 Police Lt. Kinderman (George C. Scott) notices similarities between his current murder investigation and the methods used by the "Gemini" killer (Brad Dourif) - who was executed 15 years before. He soon discovers a hospitalized mental patient (Jason Miller) claiming to be the dead serial killer, but who looks uncannily like a priest Kinderman knew who died during an exorcism. As more bodies are found, Kinderman looks for connections between the two supposedly dead men. 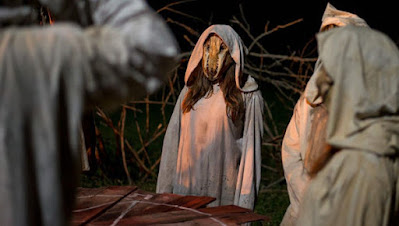 Five years ago Gloria survived a terrifying ritual at the hands of a demonic cult. Tied to an altar she awoke in the morning caked in blood, surrounded by corpses but seemingly unharmed. Putting the traumatic events behind her she tried to move on with her life. But what happened that night was just the beginning. There is one who has been waiting for the right time to return and complete what was started. Gloria will be taken again… 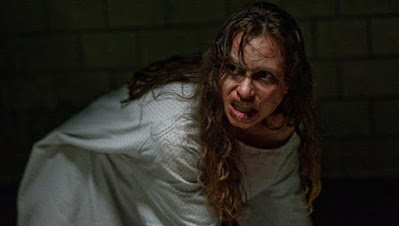 New York police officer Ralph Sarchie (Eric Bana), who is struggling with personal issues, begins investigating a series of disturbing and inexplicable crimes. He joins forces with an unconventional priest (Edgar Ramírez), schooled in the rituals of exorcism, to combat the frightening and demonic possessions that are terrorising their city.