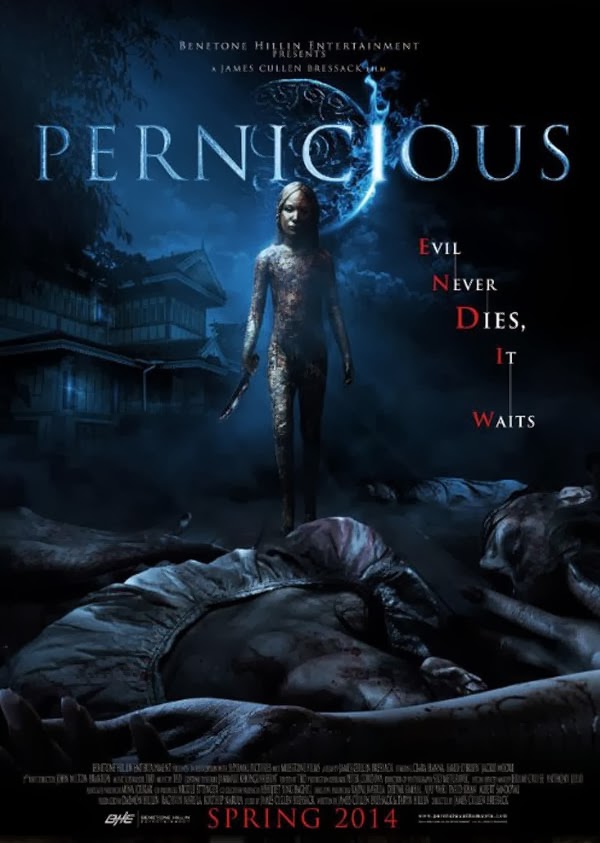 Director James Cullen Bressack’s output these last couple of years has been nothing short of prolific to say the least. Cutting his teeth on low budget indie features, such as “Theatre of the Deranged” and ‘found footage’ shockers such as “To Jennifer” (which claims to be the first horror shot entirely on an iPhone) and the infamous “Hate Crime”, which earned the dubious honour of getting banned in the UK. His previous feature saw him working with the guys at Asylum pictures to bring us the hilarious “Blood Lake”, for the US TV networks.
However, his latest movie “Pernicious” looks set to be his most lavish feature yet. Set in Thailand, three American students, played by Ciara Hanna (best known as the yellow ranger in “Power Rangers – Mega Force”), Jackie Moore (from Indie horrors “100 Ghost Street” and “Army of the Dead”) and Emily O’Brien (TVs “Young and the Restless”), are planning to spend the summer over there doing voluntary work as teaching assistants (though as they don’t speak Thai, I’m not sure how they’re going to achieve that).
Renting a house, they’re a bit creeped out by the weird Asian ornaments the landlord has adorning the place. In particular, a life size gold plated statue of a young girl. Going out for drinks with some young lads they met at a tourist bar, they end up bringing them back home, but awake the next morning to find them gone and no recollection of what happened. But as a number of items appear to be missing, including the gold statue, they assume their drinks were spiked and they got robbed.
But it seems the gold statue hasn’t been stolen, it was actually a vengeful spirit of a young girl, who was brutally murdered by the houses previous occupants, and is now out for revenge on the rest of the family. But as the girls witness strange nightmarish visions, including what actually happened to the young lads from the other night, they realise this spirit isn’t just going after the family, but anyone who crosses her path.
Taking your traditional ghost story and mixing in elements of oriental folklore and some nasty torture scenes that would not be out of place in an Eli Roth movie, this is arguably James Cullen Bressack’s best movie to date. Beautifully filmed in around Thailand, he certainly makes the most of the films relatively low budget.
To be fair, this isn’t quite “The Ring”, but it is certainly an effective ghostly chiller.

The film is currently doing the rounds on the festival circuit in the US and should hopefully be out on DVD and VOD shortly.